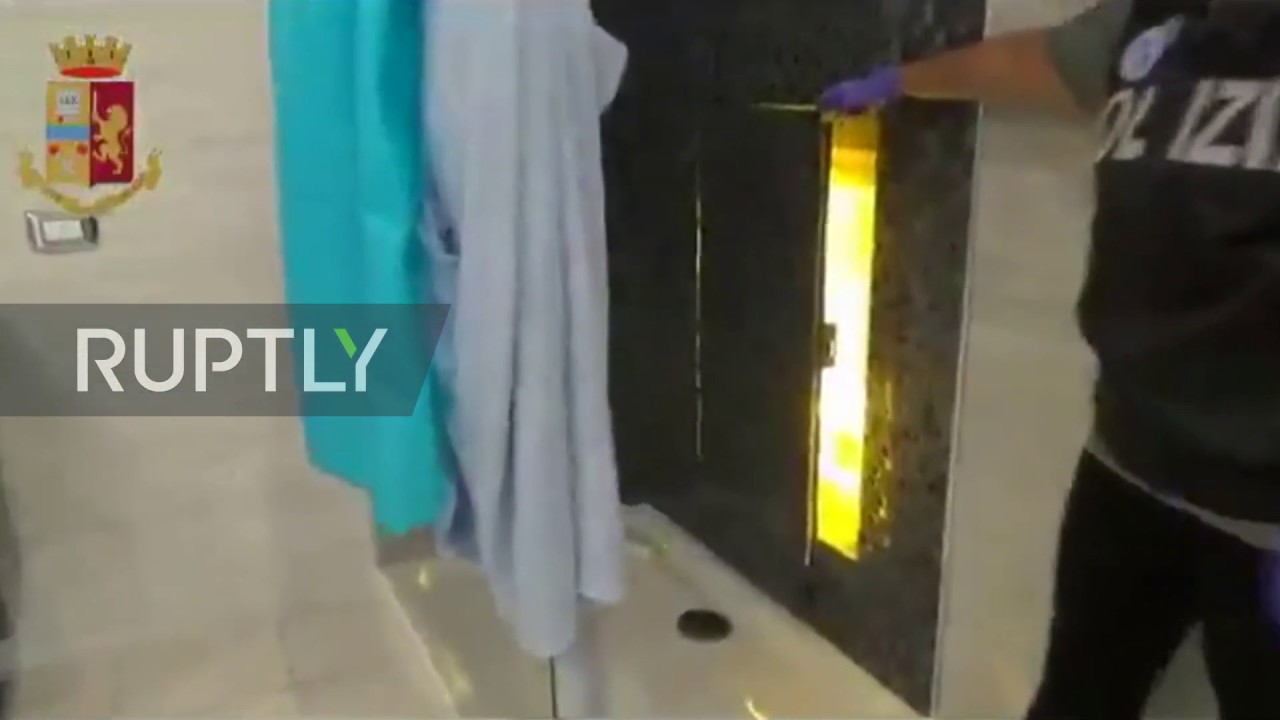 A secret bathroom door leading to a greenhouse where 500 marijuana plants were being grown was discovered by the police in Cagliari on Tuesday.

As shown in the police footage, a gun and bullets were also found in the 500-square-metre warehouse.

According to reports, the owner, a 30-year-old man named Filippo Gavezzani, was arrested for cultivating marijuana, possession of weapons and electricity theft.