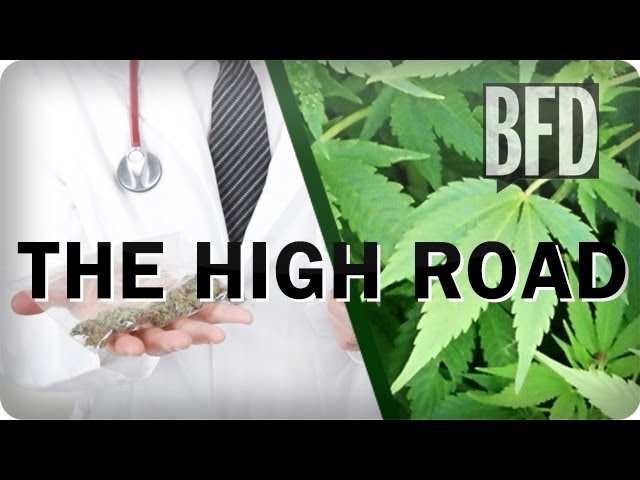 Did you know, 50% of Americans favor the legalization of weed?

Travon Free examines the increase in the legalization of weed, from medical marijuana in California to more recent marijuana laws by state. US marijuana laws are changing, thanks in part to the 2012 elections.

Right now, the DEA is still cracking down on dispensaries in each of the 16 states where it’s legal, making the Marijuana laws in America a bit blurry.

Not sure what the marijuana laws are in your area? Visit the Marijuana Policy Project: http://bit.ly/SU6YnT

Every day, Brain Food Daily brings you a news story that the other guys aren’t talking about. Through man on the street interviews, sketches, notable guests and a cast of fresh funny hosts, BFD lets you know about the stories that are a Big F’ng Deal.

Brought to you by Take Part: http://full.sc/NHOG6H

TakePart TV is the channel from some of the people behind An Inconvenient Truth, Food Inc., The Help, Contagion and Waiting for Superman, among others. Here, you’ll find entertaining content that’s real and eye-opening, every single day. Be sure to check out our shows, “like” and leave comments, and get involved as you see fit, because the only thing you can’t do here is nothing.