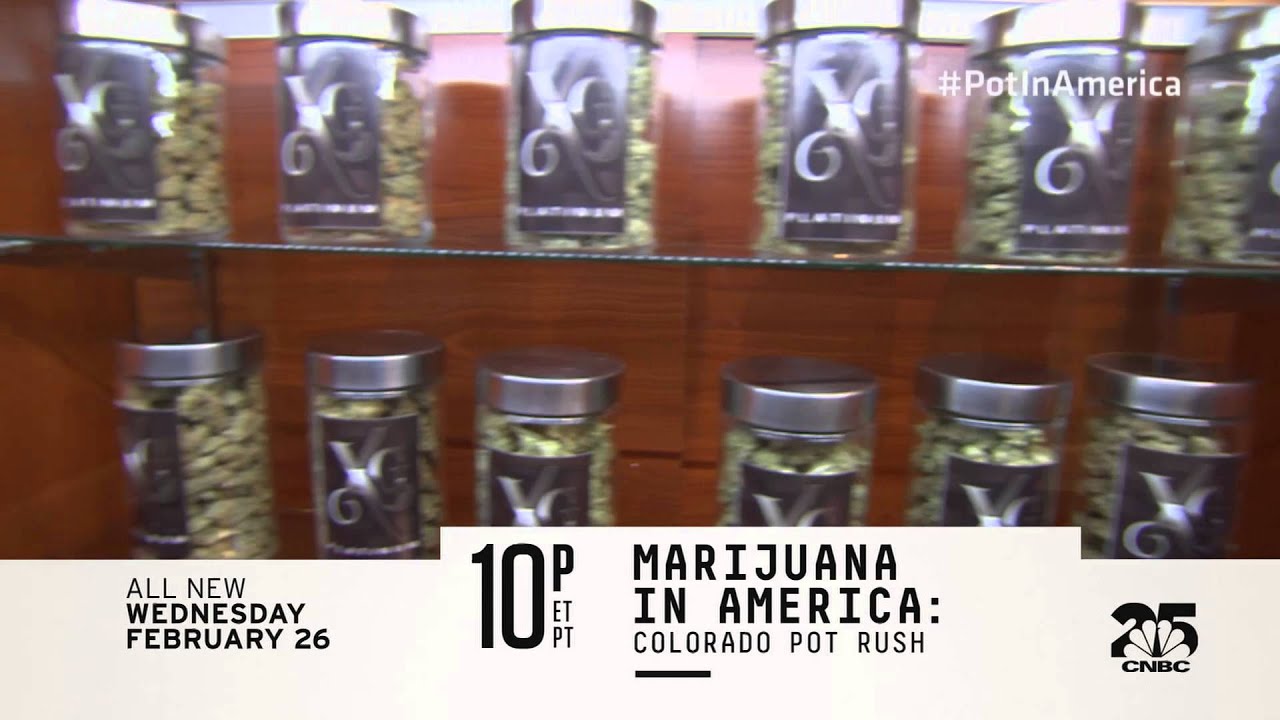 Learn more about the show: http://marijuana.cnbc.com

History was made on January 1st when Colorado became the first state in the U.S. to allow the legal sale of marijuana for recreational use. CNBC and correspondent Harry Smith tell the story behind this controversial and stunning development and report on the exploding legal pot market, projected to grow as large as $10 billion nationwide by 2018. Despite a thicket of rules and regulations, scores of businesses large and small have set up shop in Colorado, all vying for a share of pot’s potential riches. Colorado Governor John Hickenlooper sums up the importance of this groundbreaking law when he tells Smith, “This is going to be one of the great social experiments of the next century…”

While a majority of people in Colorado and across America now favor legalizing pot, the consequences of doing so on a large scale are still unknown. Harry Smith travels to Greeley, a conservative Colorado city whose leaders are opposed to the new law, and also interviews an addiction expert who raises troubling questions about the effect legalizing pot might have on minors. CNBC profiles a new breed of entrepreneurs, including a suburban mom whose high-end event company plans marijuana-themed parties, a creator of pot-infused edibles struggling to keep up with demand, and the maker of a high-tech smoking device who says he wants his company to one day be, “the Google of cannabis.” They are all hoping to cash in on the growing acceptance and legitimacy of what remains, according to federal law, an illegal street drug.

South Africa’s first legal cannabis pharmacy: Govt backs cannabis for medicinal use | WION
Good Question: How to apply for a medical marijuana card
Hydroponics – The Easy Way – Indoor Gardening in an Apartment or Home
Cannabis owner robbed, threatened with gun
Ganja Grandma Is In the Kitchen