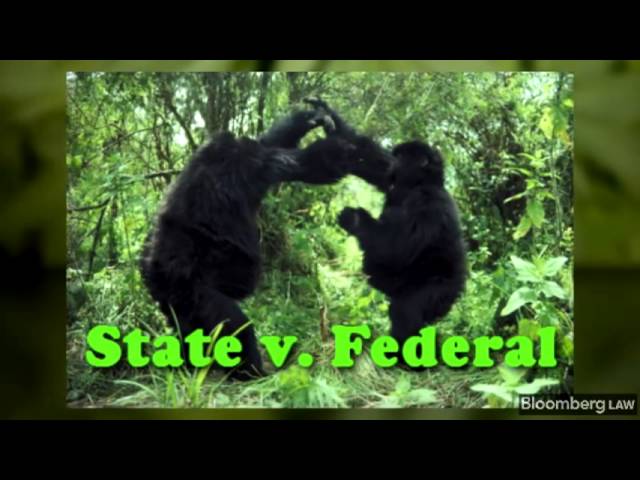 Seventeen states* have already legalized medical marijuana, even though federal law says marijuana has no medically acceptable use.

So what happens when state and federal laws are in conflict? Under the Supremacy Clause of Article VI of the US Constitution, the federal courts can lock you up for carrying a small bag of marijuana, even if state law says otherwise.

But first you have to be prosecuted. And other than some very limited attempts, the feds haven’t gone after people who are prescribed marijuana by a doctor.

Will federal prosecutors view the recreational use measures differently? State officials say federal authorities haven’t indicated whether they’ll bring suit to stop the measures. It’s too soon to know whether the laws will go up in smoke.

*On election day Massachusetts became the 18th state, in addition to Washington D.C., to vote to legalize medical marijuana.