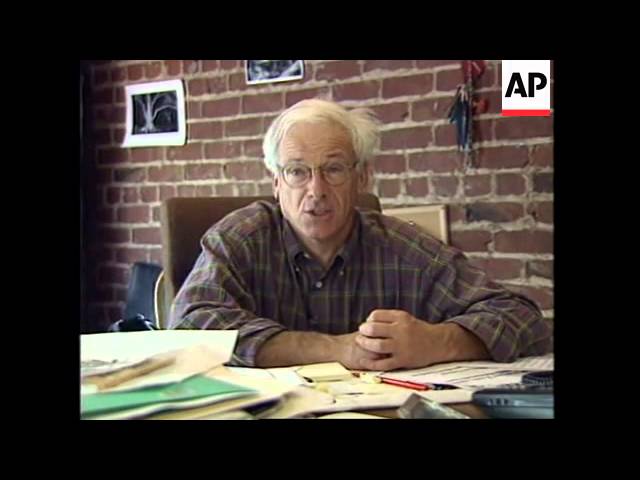 As America casts its vote for president this November, California will also vote on whether or not to allow sick and dying people to legally smoke marijuana.

Polls suggest its campaigners will win the referendum.

If so, President, Bill Clinton – who admits to having smoked marijuana but denies inhaling- would have to choose between going against voters in California or federal drug enforcement agencies.

She says marijuana has relieved her symptoms and pain more than any prescribed drug.

Although possession is a punishable crime with a sentence of up to ten years in jail, police in her hometown of San Francisco seem to turn a blind eye to the many sick people in the area who now grow and smoke marijuana.

SOUNDBITE:
Someone called me ‘granny pot head’ and giggled a lot and I said ‘hey, I am really serious about this. This is medicine that can save lives’.
SUPERCAPTION: Hazel Rodgers

Against federal, state and even local laws, downtown San Francisco has the Cannabis Buyers Club.

Here, 11-thousand registered sick and dying patients are able to purchase the drug that they claim relieves depression and pain from cancer, AIDS and other serious sickness.

One eighth of an ounce sells openly for between 50 and 80 U-S dollars.

Strong public support for the project seems to have stopped police enforcing the law.

Two thirds of the people at the club have HIV or AIDS.

SOUNDBITE:
Without the medical use of Marijuana I would have died some time ago. There is no doubt in my mind. I would have killed myself or probably would have wasted away with wasting syndrome.
SUPERCAPTION: Calvin Martin, AIDS sufferer

The November vote would allow only the sick to legally grow and use the marijuana.

This is what placed the item on the ballot and if passed not even the Governor can veto it – as he has already done to two state laws approving the use.

Outside San Francisco, Californians with terminal cancer and AIDS have been arrested and charged by local police.

SOUNDBITE:
Although the courts and juries may be reluctant to put these people in prison that is just what is happening right now. Sick and dying people are being put in prison for using marijuana as medicine and that is wrong. America does not like that. They do not like sick and dying people used as pawns in this no win war on marijuana.
SUPERCAPTION: Dennis Peron, Founder of Cannabis Buyers Club

They consider it a blow to America’s war on drugs and see marijuana as a ‘gateway drug’ to deadly heroin and cocaine.

SOUNDBITE:
It’s virtually impossible. How can officers enforce the marijuana laws when there are people out there who may have a prescription, if this bill passes, to grow it or possess it and others not have permission. How will the officer on the street know who can and cannot have marijuana? It would be impossible to enforce.
SUPERCAPTION: Lt. Bernie Larralde of the LAPD Narcotics Unit

Doctors supporting the use of marijuana for their patients say the side effects of marijuana are considerably less than many prescription drugs. One doctor claims the issue should have nothing to do with the police.

It will pit Congress and a newly elected President squarely against the voters of California.