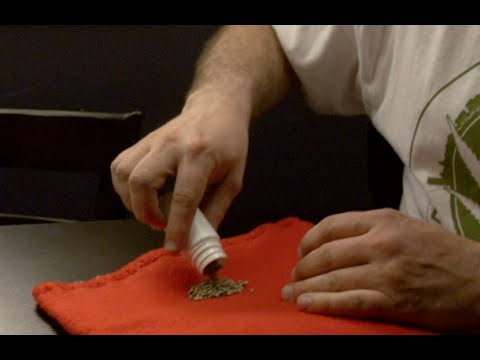 Last November, D.C. residents voted in favor of Ballot Initiative 71, which legalized the possession of up to two ounces of marijuana. The initiative also allows residents to grow a small number of marijuana plants. “We’re seeing the new law in action,” says Eidinger. “People are picking up free seeds from people who are willing to share them and they are going to go home and grow marijuana in their homes in Washington D.C.”