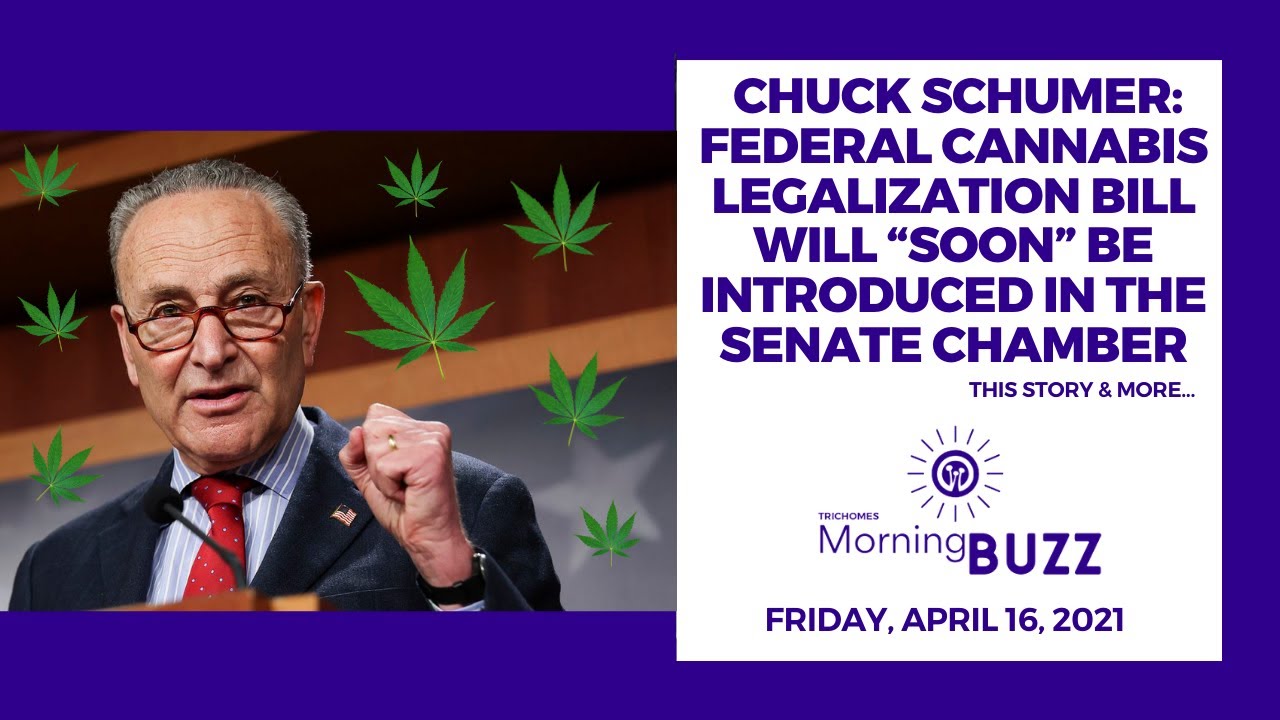 The Morning Buzz presented by TRICHOMES brings you late-breaking news that tells you what’s happening within the cannabis industry. Check in with the cannabis community at TRICHOMES.com

** First up: In a report by WWMT, many company owners in states that have recently legalized recreational cannabis have already expressed concern that the industry may become overly saturated in their regions.

The Marijuana Regulatory Agency in Michigan has an online database that shows the places and categories of cannabis permits that have been issued by the state. The map shows that Detroit has the most recreational cannabis distributor permits, succeeded by Battle Creek and Kalamazoo, which currently has around 12 shops in its 25 square miles.

Though business has been successful, Thomas Farrell, co-founder and CEO of The Refinery, expressed concern about what might occur due to the city of Kalamazoo providing 24 recreational licenses. The Refinery, as per Farrell, was among Kalamazoo’s first medical cannabis shops to launch for recreational access.

“We’re gonna probably be one of the biggest oversaturated markets,” said Farrell.

Peter Eldridge, the City of Kalamazoo’s assistant city planner, noted there are rules in place to avoid oversaturation.

Eldridge said they haven’t received criticism from residents about the recreational cannabis shops, but have gotten messages from some who are frustrated with traffic delays created by cannabis dispensary lines. Additional shops launching in the region could avoid this and would result in more revenue for the city.

** Next up: The Albuquerque Journal reports that following Gov. Michelle Lujan Grisham’s signing of a recreational cannabis legalization bill in the state, questions have already been addressed regarding potential contradictions between the new legislation and New Mexico’s medical cannabis system.

In a statement to lawmakers this week, five medical cannabis growers expressed fears that the newly passed legislation could result in a shortage of supply for medical cannabis clientele beginning in the summer.

Despite the fact that retail sales are not required to begin until April 2022, they claim that the legislation would enable medical cannabis clients to buy and obtain greater quantities of cannabis beginning this June than would be feasible under the contentious crop number cap for cannabis growers of 1,750 mature plants.

The cannabis producers claimed in the letter that the crop cap could compel people to purchase cannabis on the illegal market in other states. As a result, they demanded that state officials increase the cap to at minimum 5,500 mature plants right away.

They further indicated that if no measures are taken, a lawsuit could be lodged, ushering in new legal fights regarding the issue.

** Last up: U.S. Senate Majority Leader Chuck Schumer (D-NY) issued yet another bit of hype talk about a federal cannabis legalization bill, which they’ve again said will “soon” be introduced in the Senate chamber.

In a press briefing this week, Schumer said that “a large majority” of the Democratic party wants to repeal prohibition, and that “some places you wouldn’t expect,” like the “libertarian right,” are supporting it. They also pointed out that legalization proposals were accepted by residents in conservative states like South Dakota.

“I am going to put this bill on the floor soon. It hasn’t been introduced yet. Once it is introduced, it will go on the floor,” Schumer said in describing the legislative process.

They went on to state that they “studied it carefully” before speaking out in favor of legalization. Amid opponents’ fears that legalizing cannabis would result in a rise in mental illness, violence, and drug abuse, Schumer said “none of that happened in the states that legalized.”

Schumer’s statements aren’t new by any means. Since the inauguration of President Joe Biden in January, talks about potential federal cannabis policy reform have steadily increased, and Schumer has been a consistent source of teasing the forthcoming legislation, particularly since their home state of New York passed recreational cannabis legalization at the end of last month.