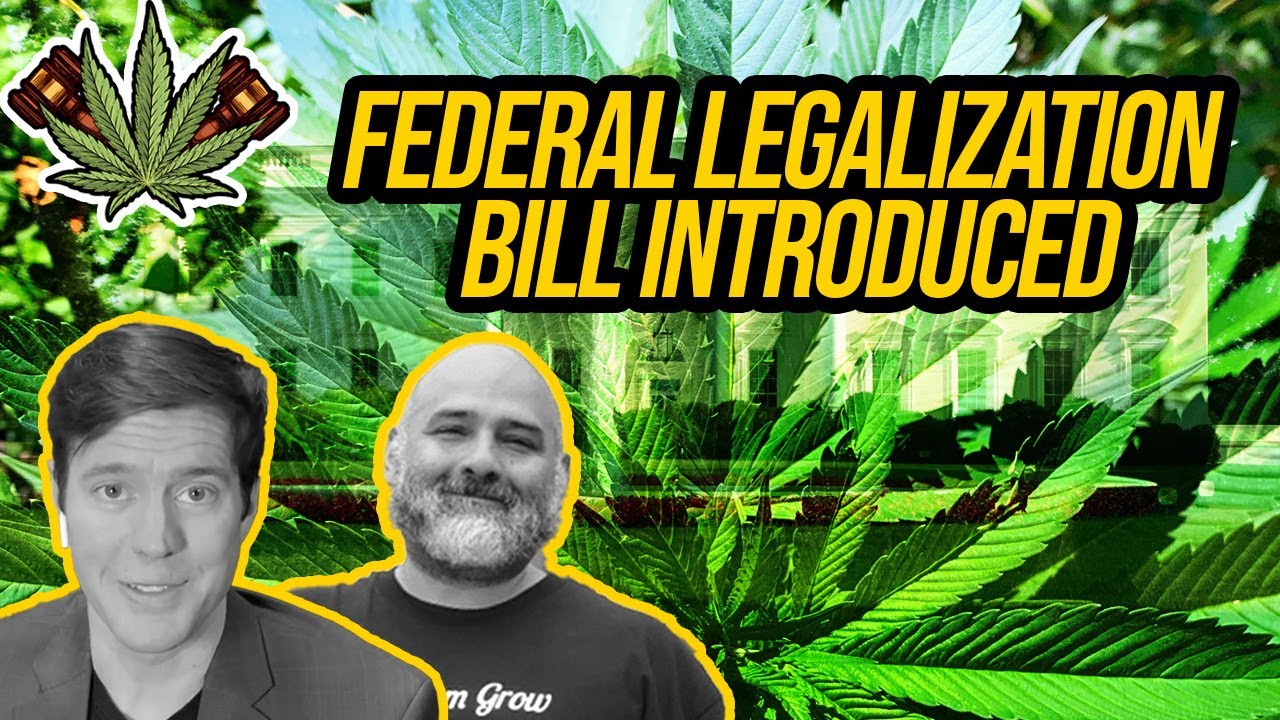 The Cannabis Administration and Opportunity Act, Schumer’s highly anticipated bill to end federal cannabis prohibition, was unveiled at a press conference earlier this morning. Join Tom and Miggy as they examine the 163-page draft bill today at 2 PM CST! Drop questions in the chat!

Here are some key findings:
Descheduling
Marijuana would be removed from the Controlled Substances Act within 180 days of the bill’s enactment.
States would have the right to maintain prohibition…if they want.
States could not stop businesses from transporting cannabis products across their borders to other states where the plant is permitted.

Expungement
Under the bill each federal district must expunge arrests and convictions for non-violent marijuana offenses within one year.
Folks who are currently under a criminal sentence for cannabis can obtain a resentencing review hearing.

Taxes
A gradual federal tax rate would be imposed on marijuana sales:Starting at 10% for the first year after the bill’s enactment and the first, subsequent calendar year.
Then it would be increased annually, rising from 15% to 20% to 25%.
Starting in the fifth year post-enactment, the tax would be a “per-ounce or per-milligram of THC amount determined by the Secretary of the Treasury equal to 25% of the prevailing price of cannabis sold in the United States in the prior year.”

Banking
The bill does not specifically mention banking, but by ending federal prohibition, licensed cannabis businesses would no longer be federally illegal, automatically removing any penalties that financial institutions currently face.

Consumers’ Rights
Adults 21+ could only buy up to 10 ounces at a time.
People could not be denied federal benefits due to the use or possession of marijuana or for a conviction for a cannabis offense.
Physicians associated with the VA could issue recommendations for medical cannabis to veterans

Federal Studies
Government agencies would facilitate a number of studies aimed at:
Identifying areas in need of change, including a study on replacing the term ‘marijuana’ and ‘marihuana’ with ‘cannabis’
Collecting demographic data of those with federal cannabis convictions
Evaluating the “societal impact of legalization” in states with adult-use programs
Compiling demographic data on “business owners and employees in the cannabis industry.”
Promoting research into cannabis impacts
Collecting data on marijuana-impaired driving while also supporting research into “an impairment standard for driving under the influence of cannabis.”

What do you think about the Cannabis Administration and Opportunity Act? Let us know in the comments!